To squelch or not to squelch 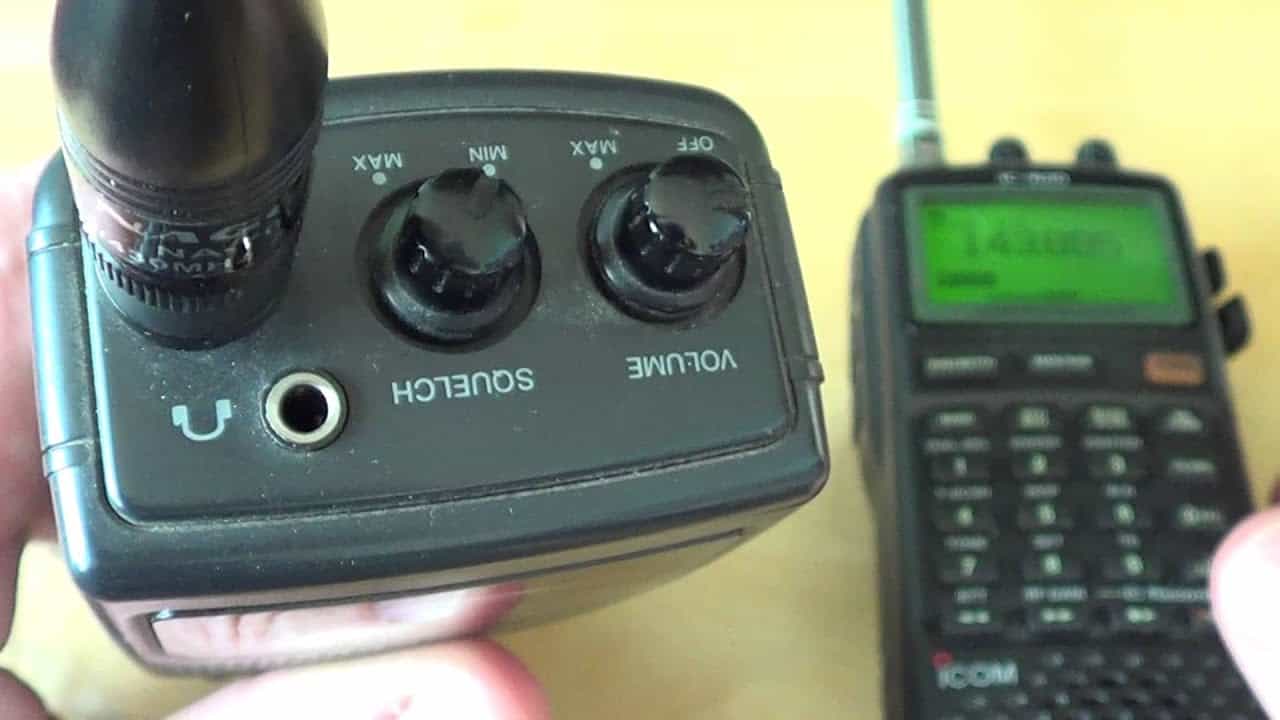 What Does This Knob Do?

I was doing an aircraft checkout with a club member who has been around a while. Once the pilot had the engine running, I noticed one of our microphones was unsquelched, feeding the now-substantial cockpit noise through the audio panel into our headsets. The mic was so sensitive that it made hearing the pilot and, worse, ATC difficult. I kept waiting for the pilot to adjust the squelch on the Garmin audio panel to suppress the noise, but he seemed oblivious to it.

After calling out “Say again” a couple times to ground control, he taxied out, did his runup and after more ‘say again please’, we took off. The noise level in our headsets was getting uncomfortable. Although he fiddled with radio volume, not once did he touch the squelch knobs.

When I finally asked him about setting the squelch to get rid of the noise he acted was unsure what to do. He muttered something about crappy avionics.

What and Why Squelch?

The word squelch means to suppress. In your audio panel, the squelch circuit is meant to suppress the sensitivity or gain of the headset microphones. Some panels have an auto-squelch that sets the baseline sensitivity for you based on ambient noise levels, but most have a pilot-adjustable squelch.

To adjust microphone sensitivity, first locate the squelch knob. On some older intercom installations, squelch is commonly controlled by a dedicated knob that adjusts the gain on the microphones of all the headsets in use at the same time. On others it might be the outer, concentric ring that surrounds the intercom volume knob.

The PM 1000 intercom shown here, as well as the previously mentioned Garmin GMA 340, has two sets of knobs, the outer ring of which adjust the mics of the pilot and copilot separately. And on the GMA 340, when you pull the right-side volume knob, it allows you to adjust the gain of the mics for the backseat passengers

To adjust squelch, first make sure nobody speaks for a few seconds. Then turn your intercom volume up much higher than normal to make it easy for you to hear an open mic. Now turn the squelch knob, or ring, counterclockwise until you hear the microphone click open. You will probably hear a hiss or hum and any ambient cockpit noise such as the engine will be fed into your headset. Now turn the knob or ring slowly clockwise just until the noise is suppressed. Once you’re done, you should readjust the intercom volume to a normal level to avoid yours or your passenger’s voice blasting your eardrums. Finally, do a mic and volume test for each of the passengers. Again, on the GMA 340 you will have to do yourself, your copilot and your backseat passengers separately.

Be aware that if you’ve done this after start-up when the engine is at idle, you might need to readjust the squelch a little at higher power settings, such as during the run-up or after takeoff. If you’re getting engine and wind noise in your headset, turn the appropriate knob or ring slowly clockwise until the noise is squelched.

Is there squelch on the radios?

Look closely at the KX-155 and the Collins nav/comms. The label next to the comm volume knob instructs the pilot to “Pull (to) Test”. Although it isn’t labelled as such, this is a squelch function, or more accurately, an anti-squelch function. When the knob is in the normal position the comm receiver automatically adjusts the squelch circuit to suppress the always-present background static. Radio receivers are designed to suppress this annoying static which can change levels throughout the day. When we pull the knob, we disable the squelch circuit so that the receiver is at its maximum sensitivity; we will hear every hiss and pop.

So why would a pilot ever want to disable squelch and hear the static? To hear a fainter signal!

Here is a real example: One evening I was heading home from a long cross-country flight and got handed off from Yuma Approach to Los Angeles Center. I switched the frequency, waited for another pilot who was transmitting to finish and then called in. I heard no response. An airliner checked in to talk to center and then gave a readback of his arrival instructions, but I never heard the center controller give them to him. I pulled the volume knob, got a headset full of static and, buried in the noise I could hear the controller calling my tail number. In order to establish communications with her, I needed the receiver to be as sensitive as possible, even if it meant I had to listen to static for a bit. Fifteen minutes later, while the controller was talking to yet another pilot, I pushed the knob in and could still hear her. I was close enough that there was enough power to her signal to finally rise above the background static allowing me to resume static-free communications.

By the way, it is labelled “Pull Test” because pulling the knob allows the pilot to test if the comm is receiving properly, even when the frequency is quiet. The static you’ll hear is proof that the comm is getting and processing a signal. It also allows you to use static to adjust the volume.

How many volume controls do we need?

Speaking of volume, we sure have a lot of different volume controls in an aircraft. It’s important to remember that each one sets the volume of a different device or for a different person.

First is the intercom. Whether it is on the audio panel or a separate control, the intercom volume only adjusts the volume of the voices of your passengers or yourself as they come through the headsets. If you are having trouble hearing yourself or your copilot, but everything else is fine, then adjust the intercom volume.

Next is the comms volume controls. Each comm radio will have its own volume control. If you only want to adjust the volume of ATC or other pilots on the air-to-air frequency, then use the radio volume knob. The nav side also has volume to be adjusted when you are listening to the Morse code to identify a VORTAC station or to receive communications from FSS.

Your headset will also have a volume control or maybe one for each ear. If you want to bring up the total volume of everything (passengers and ATC and navigation stations) then reach for the headset volume controls.

Before start-up, I like to adjust my headset volume knobs to midrange between the low and high settings, then set the intercom volume and comm volume controls similarly. It isn’t uncommon to get into a club plane and find that one or more of the volume knobs was left at the maximum. The results can be ear shattering!

Once the avionics are on, I’ll do a volume and squelch check for myself and my passengers before adjusting the radios. Occasionally my copilot or passenger finds the volume too high or too low, usually due to a difference in headsets. I will first have them turn up their headset. If that doesn’t work, then I will turn up the intercom and radios as needed for the copilot. If those are then too high for my comfort, I reduce the level on my headset to bring everything down to a normal level.

Here’s the takeaway: Knowing your airplane includes knowing the avionics. If you aren’t sure what some of the knobs or buttons do on the panel of the club aircraft you fly, it is your responsibility to find out. There are several ways, of course. Find an instructor and ask him to sit with you in your favorite club plane and explain the functions of the equipment in question. No one will consider you less of a pilot if you need help with some of the wide variety of electronics available to us in our aircraft. Or spend some time reading the supplements in the POH/AFM that are there for that very reason. Finally, make a note of the equipment in the plane(s) you want to fly and then go online to find valuable resources: .pdfs, YouTube videos, websites, etc. Fifteen minutes online getting comfortable operating unfamiliar avionics could be the difference between a relaxed, stress-free flight and an unhappy experience.

Now, a note to club instructors: Don’t be nice and set the squelch or volumes for the student or club member; make them do it. If they don’t know how, explain it to them, show them how you do it and then make them do it. Having club members flying around in SoCal airspace struggling to hear and understand ATC is a recipe for a pilot deviation at the least, if not a disaster. 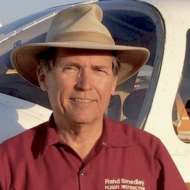 I'm an experienced, professional flight instructor based at Gillespie Field and specializing in training for the instrument, commercial and instructor certificates. 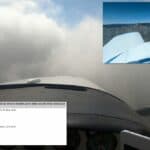 To go, or not to go: that is the question: Whether ’tis nobler in the aircraft to suffer The turbulence and approaches in outrageous IMC, Or to take arms against a sea of adverse METARs and TAFs, And by opposing end the journey and stay grounded?

The SR 22T is the right plane for this kind of trip. With 3 POB and baggage, you can fly easy 2h30 min legs, which is just right for the passengers, und you are still in limits with the weight and having enough reserves, to reach an alternate. To fly to high altitude airports (or airports with high Density altitude) the turbo of this plane gives you always enough power, to ensure safe take off´s.

7 thoughts on “To squelch or not to squelch”