It was time for another “The Azteck Rocks!” article and what better occasion than a short IFR hop up to LAX to pick up a nephew flying in from Europe; Budapest Hungary to be exact via Zurich and LAX

GoPro vid link at the end of the article

For anyone who’s done the drive from San Diego to LAX you’ll be familiar with how unpleasant of a ride it is, minimum 2 hrs each way and the whole hectic charade of navigating LA traffic. My 75 year old parents had flown in to San Diego a few day’s prior to help my nephew move on campus at UCSD and were planning on borrowing my beloved FJ to drive up and back to to LAX. My nephew, aptly sharing the same name as I, was due to arrive into LAX from Zurich at 3:58pm Sunday. What better opportunity to fly again and once again make use of the Aztec’s speed and herculean load carrying capabilities; enough gas to make round trip (no proletariat AvGas at LAX, just the real stuff, JetA) along with my nephew, two parents, and a competent co-pilot (thanks Manuel Gil!). For all legs I had a few hundred pounds to spare, if anyone doesn’t believe me drop me a line directly and I’ll share the arrival and departure W&B with you for both legs 🙂

I filed MYF for a 1430 local departure following the published TEC route, it’s essentially the same up the coast flight at 6K that we’re all used to however after SLI you get vectored for whatever runway/approach is in use. The flight up was straightforward, thanks to a headwind we managed only about 160 knots over the ground but hey, who’s keeping track. At SLI we started getting vectors to follow a United 737 for the visual into 25L. The visibility was typical LA haze and we were instructed to keep our speed up (minimum 150) until passing GIGII in trail of the commercial jet. After passing GIGII, which is also incidentally the FAF, I still had about 5 miles to configure and fly a stabilized approach down to the touchdown zone with a gentle kiss of a greaser (hey, I had my folks with me and had to impress a co-pilot) and coasting off at the Gulf exist right into Signature. The flight up was relatively painless

The way back is far more stressful, although I did appreciate the tower controller at LAX checking in with a loving, though “don’t F this up” type question of “how are you feeling Piper Aztec?”

We were initially told to taxi to 25L holding short of Alpha. Mind you.. it’s very sobering staring into the vigorous shimmering exhaust plume of a heavy Korean cargo 777 freighter. Yes, I kept a healthy distance from him. Though I love the Aztec I am not betting money that it stacks up favorably next to a GE-115B. Eventually we were cleared to taxi to 25L via Foxtrot but were switched to 25R following Spirit A320, the switch was due to the heavy Korean’s wake. Take off was uneventful, we were cleared for line up and wait behind the Spirit. The runway’s length of nearly 13K feet is more than enough for a modestly loaded piston twin. The departure procedure is straight forward as well (yes, we got a DP, because duh), you intercept the SMO radial, which just about happens to be at the end of 25R, and make a turn south, followed by vectors to SLI and on route. Thankfully I was cleared to only 5K so didn’t have to worry about a potential lost comms climb to FL250. Come on metal sky bird, you can do it!

The landing at MYF was easy on the visual 28R, however given that we were arriving at sunset the glare made this effectively an IMC mins approach (METAR was CAVU).. no need for brakes, coasted off at Foxtrot

What I learned / Tips

I usually do this, but this was a great reminder of why it’s important to always load the approach, even if flying visual. At LAX I was given a speed to maintain until GIGII and at MYF the sun glare meant I was following the CDI and GS for the approach. If I hadn’t had the approach loaded GIGII would have been nonsense to me and the MYF arrival would have been an exercise in just how good my vision really is peering through plexi-scattered searing sunsetting light

It’s helpful to have a good co-pilot with you if flying into an unfamiliar, or more stressful environment, and have CRM planned out ahead of time. Having a second set of eyes for notes, taxi diagrams, and “does this pass the sniff test to you” to me is the most valuable tool a pilot can have in the cockpit

PS – this whole adventure was exactly 2.0 on the hobbs, well 1.99 but I put 2.0 in the book 🙂 Remember that headwind on the way, it turned into a tailwind on the way back (I thought that never happens) 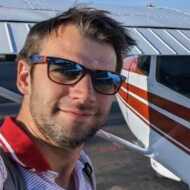 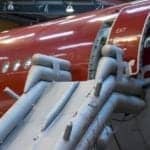 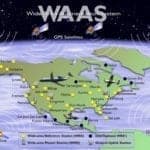 A priest recently mentioned this GPS thing to me, the God Positioning System.  While he