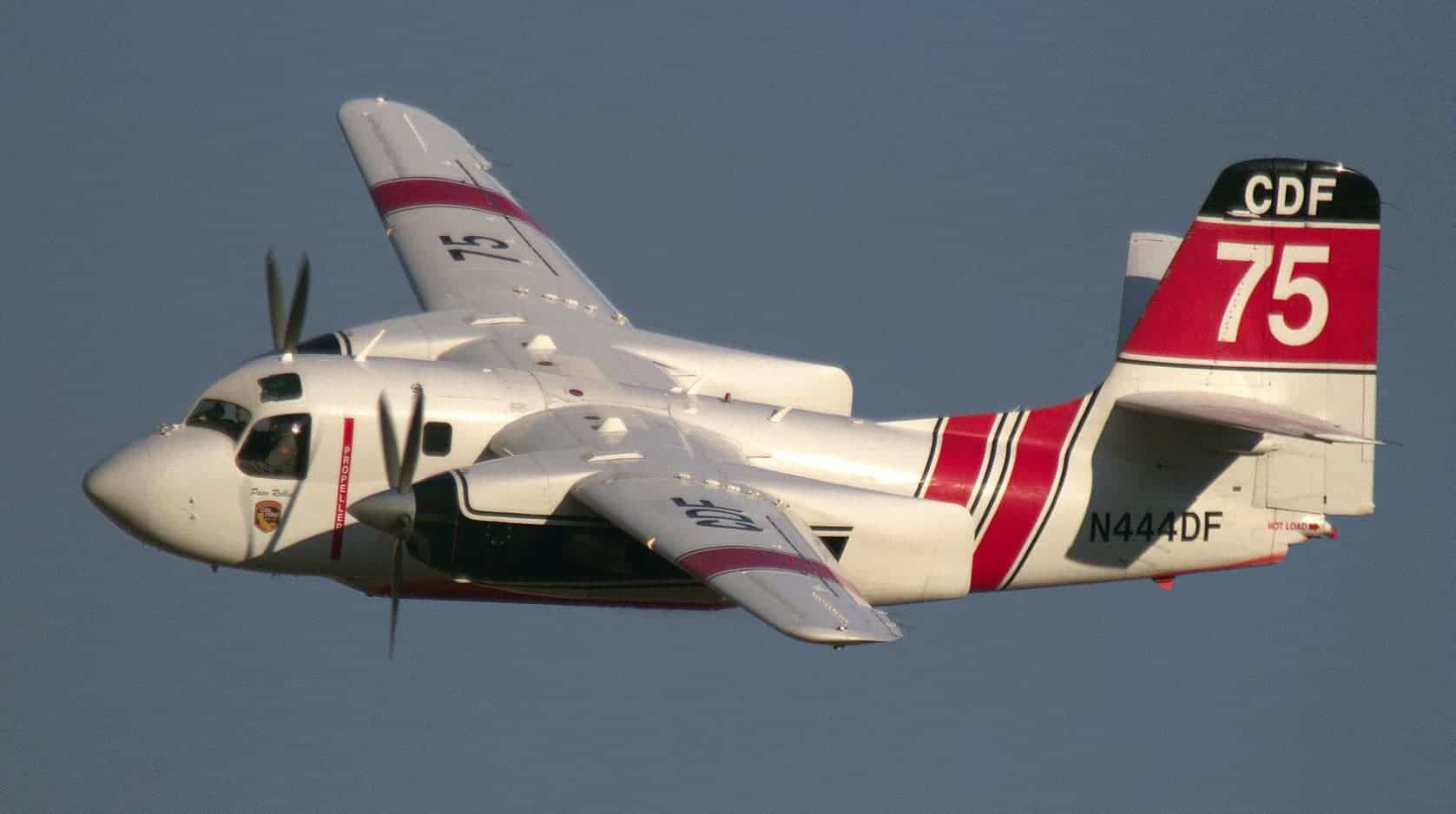 If you have lived here long enough you have probably seen active brush fires in our region.  They vary in size and can be put out quickly, or they can last for days and even weeks. These fires are fought in the air by utilizing air tankers and helicopters as well as ground units.  The air assault is managed by Cal Fire throughout the state using a variety of aircraft.  This article was written to increase local pilots’ knowledge and awareness on what they fly, some basics on how they attack the fires and best practices to avoid them while airborne.

There are several “Tanker” bases throughout the state, but the focus here will be on those located in Southern California.  Some of the helicopters are based along with the tankers, but some are also based at other locations such as Gillespie.  Military helicopters can also be called into action on some of the bigger fires.    The three bases for the air tankers are Ramona, Hemet, and San Bernardino.  SBD is used for the larger aircraft to refuel and reload due to its longer runway.

The tankers vary in size, with the smaller Grumman S-2T’s coming out of Ramona and Hemet.  Recent fires in San Diego County have created a need for Cal Fire to request the services of several Lockheed C-130’s and even a Boeing 737.  Both operated out of the Ramona airport to refuel and reload the retardant. A day later, there was a fire just to the north of the Ramona airport which forced the airport to close to all aircraft except the tankers. They literally took off to the west and made a climbing left 270, dropped their load, and were on base to land in about five minutes. So, check your notams.  Contact the TRACON if you see smoke.  More than likely the fire has been reported and they can be a great resource in assisting you away from it.

Other aircraft that are on contract to the State and the Federal government are BAE 146/AVRO RJ 85, MD-87, DC-10, and P-3’s.  In addition to those aircraft, the State-owned Grumman S-2T and the Lockheed C-130’s is used. It is important to understand why the recognition of these aircraft are vital to your see and avoid efforts.  They are painted in such a way that allows other aircraft to see them. See the link below. The State uses other contract aircraft, but the few mentioned in this article are commonly used in Southern California. You might also see military C-130’s dropping retardant on the fire.  These are painted with pink numbers over their olive drab paint.

When a fire starts, Cal Fire dispatches a full wildland response. This includes air tankers, helicopters as well as ground units.  The aircraft in charge is usually a State owned OV-10 Bronco.  They could also use a Rockwell AC-90 for this. Their call sign is “Air Attack and their number.”  They would be your point of contact should you need information. The one at Ramona’s call sign is usually Air Attack 330.

The aircraft assigned to the fires in San Diego County usually will respond from Ramona, but occasionally they could respond from Hemet.  Ramona tower will give them priority for departures as well as arrivals.  They will turn directly for the fire and make a straight-line track for the smoke. Depending on airspace, they are not always on a Tracon frequency. They are low and fast! They are equipped with TCAS but cannot always see traffic due to the lingering smoke.

This is where you come in. If you are out in the east county practicing or your student is, simply draw a line from one of these bases to the fire then remain clear of that area.  If the bigger aircraft are working the fire, they will climb once they have dropped their retardant and usually will turn towards San Bernardino.  I have been watching Flightradar24 during some of the recent fires, and there are still light aircraft maneuvering in their flight path as well as over these fires.  So, if you see fire or smoke leave the area! Go to another practice area.

Once they depart, the tankers are usually enroute between 2,500’ and 3,500’ AGL. The helicopters are between 500’-1,500’ depending on terrain.   Once the OV-10 arrives, he will immediately set his altitude based on terrain and airspace and will begin a clockwise orbit.  His altitude is usually 2,000’ above the altitude he will assign to the incoming tankers. These tankers will then fly a left-hand orbit, or counterclockwise. This allows the PIC to have a more strategic view of the fire. This could also vary if the fire and or terrain requires a different approach.

At this point they are rapidly getting saturated with their suppression duties.  The Air Attack person may or may not call in a TFR, but it is still a fire traffic area.  They may be able to knock it down quickly and then depart the area. If you see a lot of smoke more than likely there is a TFR in place.  They can vary in size and altitude, so check with the TRACON first!  Do not call the Air Attack for the status of the TFR.

Arriving aircraft are required to “check in” with the air attack aircraft at 12 miles and 7 miles. If they get no response, or they are told to maneuver outside of that zone, then you need to be on high alert for them.  Best advice again is to avoid the area.  They also do a lot of maneuvering at various altitudes while waiting for other tankers to drop and go, so overflying a fire is also not a good idea.  If the fire is well established, then Cal Fire will send a mapping plane that flies a lot higher to get their data. This could be a King Air or a Rockwell AC90.

So, what can you do to assist the firefighting efforts?  I will say it again. Avoiding the area is the best practice.  Plan on going to another airport besides where the tankers are operating out of. And by all means do not send a student to those locations either.  Their “Load and Return” frequency during these last few fires was intense!  They are not always flying a standard pattern and again, the tower will give them priority. These men and women who fly these aircraft are professionals and will be courteous to you.  Allow them to do their job by giving them a lot of room, and please be cautious of their wake turbulence.

The Air Attack aircraft is your point of contact, ONLY, if you have a significant need to radio them to circumvent the fire.  They are busy but would much rather communicate with you in order to get you out of the danger area. They can be hailed on 122.925.  Call them “Air Attack” and use your aircraft type and call sign.  Be specific with your question as to how to get away from the area. Do not ask anything about the fire as they are too busy.  Additionally, they all monitor 121.500 and if you truly had an emergency, they may respond to assist you.

You can find more information and photos of the aircraft used at: 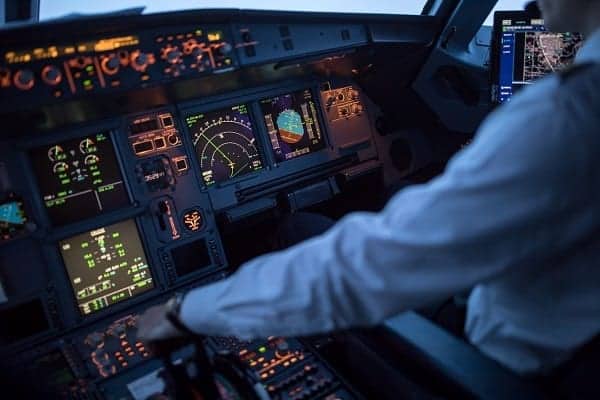 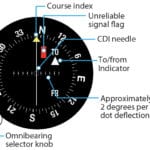 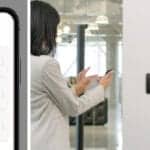 The Club access control system, called OpenPath, is a very simple and easy to use access system. Learn how to use it here.

2 thoughts on “Fire Season is here!” 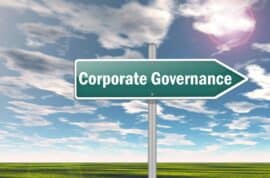 Join us live for the 2021 Annual Director's elections and general membership meeting.

Tower :  (Reads your call sign) I need you to copy a phone number...